Maybe Just the Journey is Enough?

...what and why and how, on a large scale 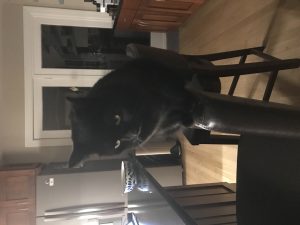 I started asking big questions as soon as I could talk.

“Do the drains for the bathtub and the shower go to the same place as the toilet?” (My mother answered “No!”, so that I wouldn’t pee in the shower.)

“What the hell is going on here? AM I stuck in the Matrix? Did I unknowingly take a blue pill? What is this messy, inconsistent, cruel and harsh, soft and loving existence?”

I turn 60 this year. I don’t feel 60. But I hear the whisper of aches, the bones telling me there is not an infinite potential up ahead. Delayed Onset Muscle Soreness (DOMS) is a three day experience instead of a day-and-a-half of luxuriant soreness. A heavy full workout is the ending for the day, pretty much, not just a trigger for endorphins to spin through the brain, but an actual tiredness and a limit to energy. My continuity of awareness, my sense of duty and obligation, experience and longing, love and tragedy, stops somewhere up ahead. I get to push off frailty but it waits.

I started writing in my twenties. I started treating pages and words as intentional, purposeful, necessary.

I’m writing a story. There’s so much to the period I want to write of, in universal exploration of human experience. So many changes coming together. I started with one story, wrote scenes all the way in to Louis B. Mayer’s office and a bit beyond, realized I didn’t know anything about it, really, other than a vague sense of searchlights and old cars. I googled and found a couple of images. The photographs were of an enormous white room, with a semi-circular white custom built desk. This was from the 50’s. I needed to know what it would have been like in 1934. More, I realized Louis B. Mayer was a key character, not a by-the-way-I-threw-in-a-famous-figure. And there were more.

There is the character I envisioned and created, Hildie Hastings, ex-starlet, smart, running a smaller studio. There’s Francis Marion, whose drunk violent alcoholic ex-husband, director George Hill, just committed suicide a couple of years ago, and who is one of the top screenwriters of any gender in Hollywood, has been for decades. There’s the era, the 1930’s, the doom rising on the other side of the world, dark clouds shading to back in Europe, the fading Great Depression, the memories of the Great War and the sense we were sliding into another world war in Europe. The exuberance of motion pictures and stars and Hollywood and the Academy Awards. Curving cars, searchlights into the sky, premiers. An industry created out of nothing. There’s Irving Thalberg, Boy Wonder, working 18 hours days, key to MGM and married to MGM’s top star – told he was doomed from birth, lives to 37, dead in two years. From a superficial setting to involvement. Research. Commitment.

These people were creating with no idea how any of it turned out. No one even had any idea that feature films even had any lasting value. It was all a brand new thing, and they dreamed.

I may never sell a word. Is it worth it anyway?

I may never sell a painting – is it worth it anyway?

I may never publish a photograph – worth it? Or no?

When the characters start speaking lines on their own and coming to live off the page, is that the ethereal sense of God-like ability and creativity, is that how good characters and good writing work, or – is that a sliding off into fantasy and belief. Or both…

It’s like having a pocket universe. But it’s unfinished.

When I think of finishing the story, the screenplay I think of the threads of narrative, the pieces and scenes coming together weaved into a whole with skill and deft turn of dialogue and visual movement. I feel the music I can’t yet hear and I get a sense of the emotional hit that should be present in a really good story with characters you find you love. It’s damned good.

Getting from this place on one side of the vast canyon of incomplete scenes, across to the other side with a mass of paper punched in three holes and clipped with brass clips in top and bottom holes (but never the middle) – maybe there is supposed to be a bridge there, but for me it turns out the path is down the side and through the brush and wash and rocks and boulders at the bottom. And then the sheer rise of rock on the other face is daunting, but maybe that crack there would provide a handhold?

If the journey is the thing, is the narration of that journey the thing too? Can I write about finding that path?

Can I use that narration, that meta-thought, writing about finding a way to write, to work through?

The Board (Save the Cat + Nutshell)
Ashley Lyn , You are Loved and You are Missed...
...And - Nutshell to The Idea
The fretboard is the key