I have a Fuji X-Pro 2. It is an outstanding digital camera. I expect it to last more than five years, maybe ten years. I’d be very surprised at 20 years. Wires and circuit boards start to degrade. Individual resistors and components drop dead. While it works it is very good. It is the first digital camera I’ve had that had enough resolution, and a kind of filmic imagery, to NOT be waiting for the next version. It is enough.

I have two Canon P rangefinder cameras. Both are from the late end of production, one from 1954 and one from 1956. One has a slight crease in the metal foil shutter curtain, barely visible, but fully functional. The second is perfect mechanically, with very slight brassing of some of the metal, as if buffed by a soft cloth for 60 years. 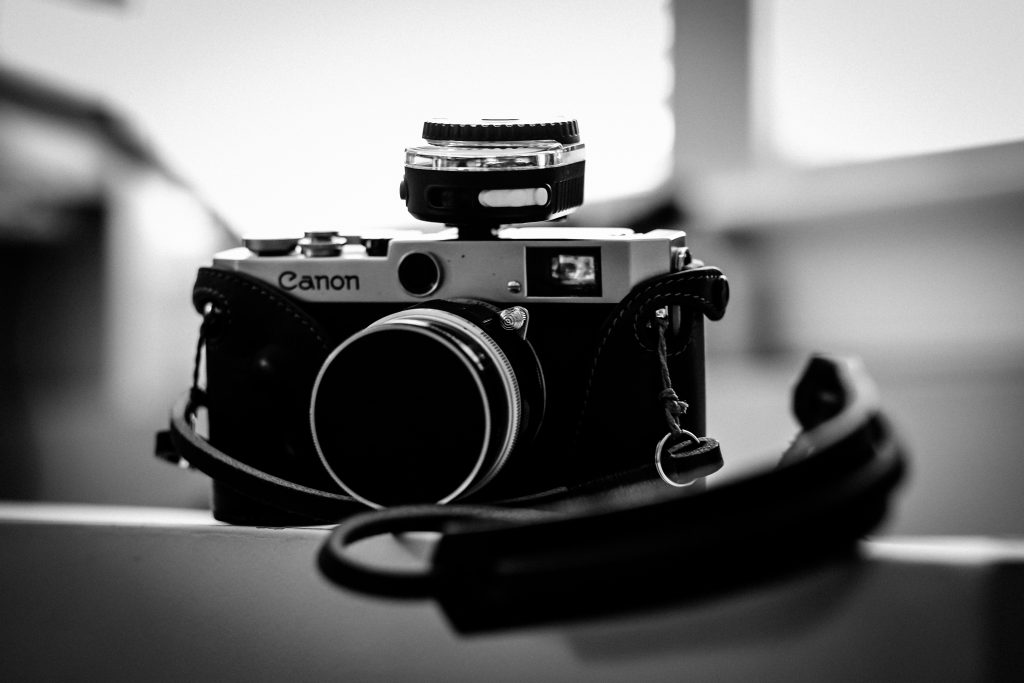 The lenses for this camera are interchangeable, and mechanically interlock to connect and focus. The viewfinder accommodates 35mm, 50mm and 100mm lenses with pre-set frames in the viewfinder. Other focal lengths you add a viewfinder to the flash bracket on top or guess. Mostly the viewfinder is clear and well lit, though there is a slight fading of the frame lines. No batteries, no electronics at all. Put film in it and a lens on the front and this 62-year-old body takes images. There’s an invulnerability to this creation. No wires to break loose, no circuit board to fail, all the pieces are completely visible and can be cleaned, adjusted, lubricated, replaced, repaired.

I still have the tools to develop black and white film. I used to have a Jobi color developing machine. But color development can be done with a kit, if you really want to go that route, and a bit of care. The chemicals are not too expensive. For black and white you need a light-proof changing bag, within which to pull film out of the roll and spool it onto developing reels and into a light-proof tank. Then a tub with water at around 68 – 70 degrees, and the development chart to tell you how long and how much agitation, and then which chemical, etc. A place to hang the drying film (dust is always an issue).

I used to have a dedicated Nikon medium format film scanner. I bought it for $1999, and shortly after that Nikon stopped making them at all. Three years later I sold it for $4000. I have an inexpensive Canon scanner with film holders that does an acceptable job without issues. Not the blazing resolution of the Nikon, but very very close and $3900 less expensive. I also have duplicated negatives using a macro lens or macro adapter, tripod and a light box. Now you are back to digital.

Film is like a mechanical sensor. And each photograph gets a new one, write once. The stuff is brilliant.

Fuji’s digital X sensor is not harsh, and the look of the images is grainy and film-like. Most digital is not. Olympus and Micro 4/3rds in general I found had very sharp edges, a crispness, a stark well-defined placement of forms and colors that brought a glossy magazine finish to the photos. But they don’t feel cohesive or completed. They feel generated. Fuji mostly does not. But film – film has a resolution barely met by the very best digital cameras. It has a physical permanence.

I hope it stays available.